I’m not gonna lie, I am guilty of getting in to a spiritual hygiene routine, which is wonderful, but I take it one step too far and become OBSESSED with the routines. I will get to the point I feel like it’s bad luck if I miss a step.

I become so focused on micro managing my manifestation process that I can’t see or I miss all the easy options the universe gives me.

I’m the person who sees exactly what I want online, but instead of spending $50.00 on the item I want, I spend $75.00 on the supplies and waste 5 hours making a shitty version, which I then accept as what I deserve because clearly I didn’t deserve the real version, since mine turned out bad. Seems super logical right?!

How often do you do a version of this in your life? Take the harder route because the easy route is too good to be true. Miss the cues because it came too easily. Ignore the offer because you haven’t struggled enough. This is all literally the same logic we put in to our Pinterest fails.

We are convinced that we can’t have exactly what we want. So we pare down your dream to what we would accept. And we struggle to get that watered down version. Meanwhile, the universe is like…. if that’s what you want…. ok…..

So, stop doing that! Accept that offer, see that cue, know that both are the universe making your life easy because you deserve it!

It’s one thing to be crafty and have a good time making something unique. It’s another to try to copy something on the cheap because you don’t think you deserve the real deal. See the difference?

Schedule a basic reading and add on a situational reading to help see where you get stuck! I’ll also give you a few tailored suggestions on how to change these blocks quickly and easily. 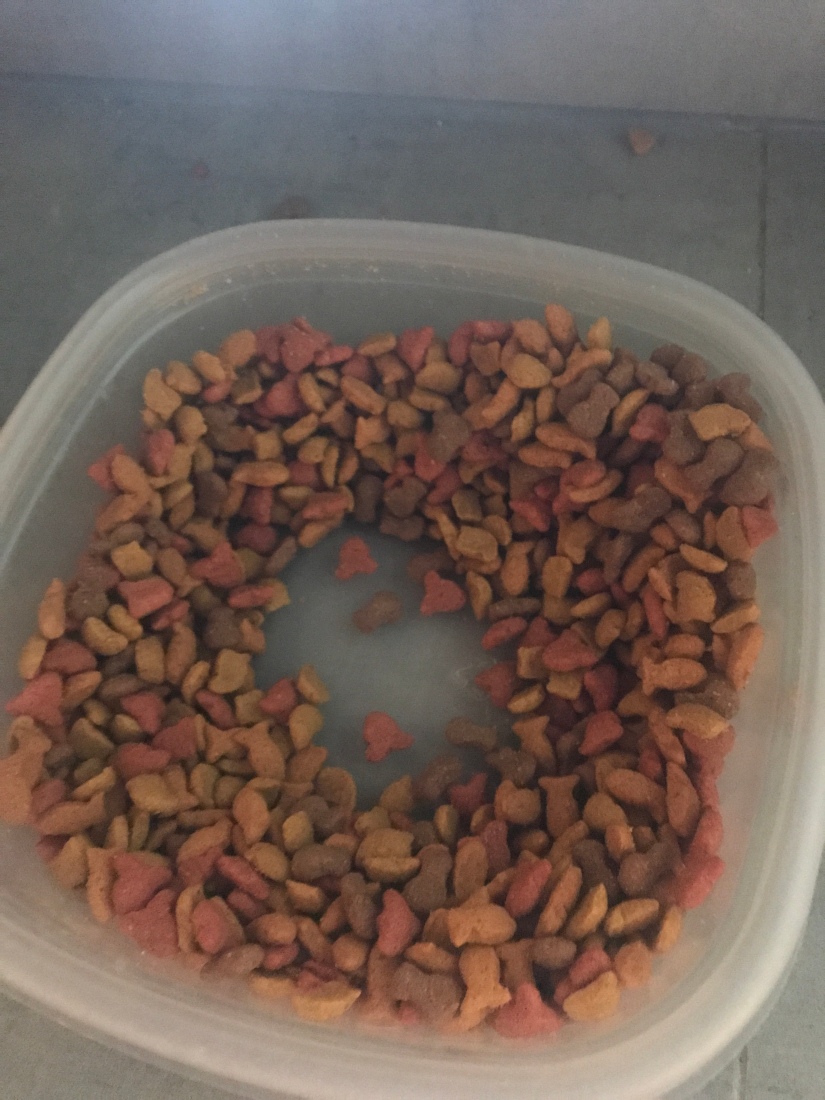 My car is convinced I’m starving him because he can see the bottom of his bowl. He can’t see the food around it, he only sees what he doesn’t have. This is lack mentality. I used to think it only applied to how you saw money. It came to me the other day, that my lack mentality shows up in how I address food. Kind of like my cat.

In my case tho, I restrict my calories, convinced I will gain weight if I have any “no no items”. In my head sugar of any kind goes straight to my hips. And because I have been brought up to believe that how I look is all important, I restrict myself.

I kept getting the message to let go of the lack mentality that isn’t serving me, and I kept thinking “why is this coming to me!?” My relationship with money is healthy. But food, yeah, that is anything but healthy.

I was raised by a woman who thought I only looked great when I was basically starving myself. At the age of 11 she told me I needed to make sure I wasn’t too fat. I was constantly told to suck my stomach in, and called thunder thighs. (Mind you I was a competitive gymnast my entire life).

When I was pregnant, and shortly after my c-sections, my mom would show me her post baby pics bragging about how quickly she got back in her jeans… then would tell me “you’ll get back to yourself soon”.

Once she died, I realized just how unhealthy she was. I realized I could never say the things she said to me to my kids. It was eye opening. Yet my relationship with food didn’t improve.

I was talking to a fellow calorie/carb-a-phobe the other day who said that the calorie counter I suggested to her suggested she eat WAY too many carbs. And that’s when I realized how the relationship to lack.

Food is energy, it is literally how our body fuels itself. If we restrict it, it finds ways to store “energy”. It figured out ways to keep itself alive. How can I be on the vibration of abundance and be simultaneously be obsessed about eating a normal 1500 calorie diet (I was down to 1000 calories while working out, and was perplexed as to why I was exhausted).

So long story short, if you are not seeing abundance in your life, where are you restricting yourself in an unhealthy way?! It can be friends, love, food, entertainment. I’m not saying to binge in any of these areas, but find out what is normal, and trust that it’s normal, and your perspective is skewed.

Let me do a reading for you! 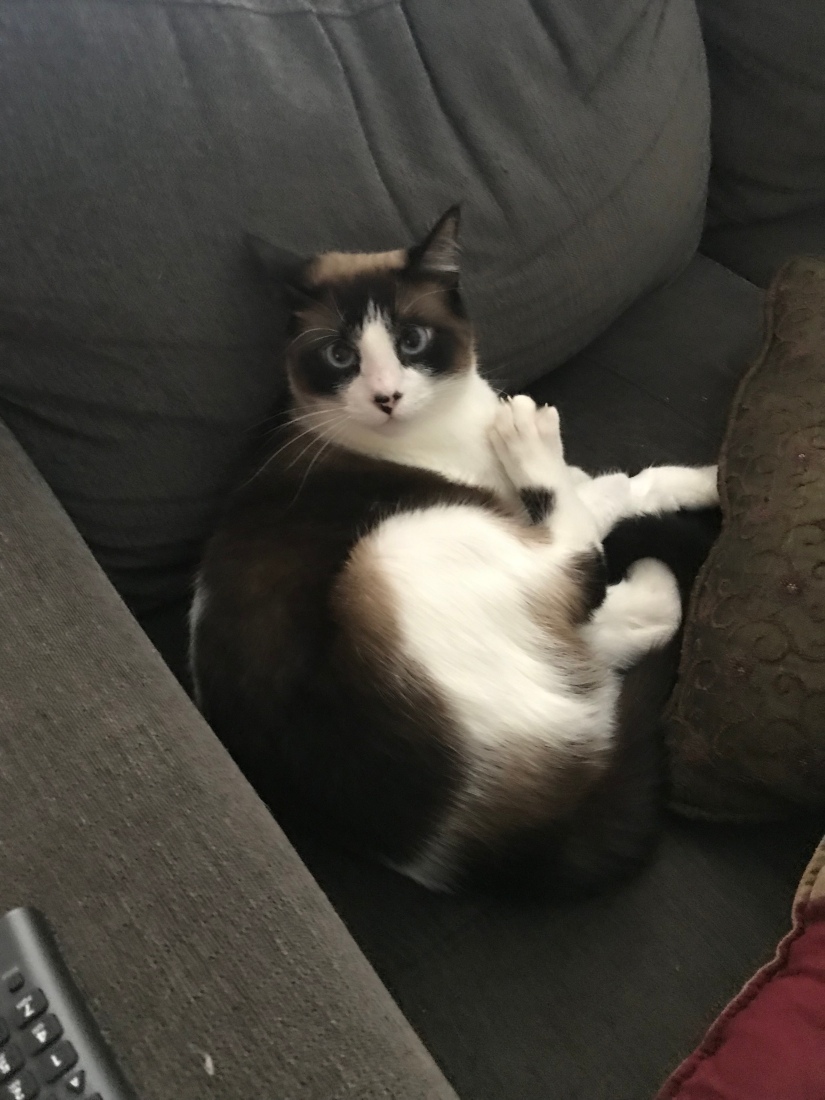 This may shock you as it shocked Mj, but if you want to manifest ANYTHING you MUST include other people. I tend to forget this or at the very least overlook this aspect of manifestation.

I kept getting the message that I needed to work on my relationships, to which I kept thinking, my marriage is fine! We are happier than we have ever been. But, I listened to my guides and put on a “relationship meditation”. I figured it wouldn’t hurt to be happier, lol.

Not more than 5 minutes after listening to this meditation, my renter texted me saying she wanted to buy the house she’s renting from me (I had told her I wanted to sell) and at the same time my realtor/good friend texted me also. Right there I was shown why relationships matter….

So, I’m now on a mission to reach out whenever I get the whim to reach out. I’m going to smile at the people around me more, and engage in conversations with the cashiers and waitresses. I’m embarrassed to say that I have been known to be the person who seems oblivious to everyone.

What do they entail:

I need your basic information just to make sure I’m accessing YOU in the akashic record. Just your name, birthplace and birthdate.

Out of curiosity, I have started cross referencing astrology readings with my akashic record readings. It’s AMAZING how well they tie together.

Astrology readings give you a lot of information about who you are based off your birthdate and place and how the stars were aligned at the time and place you were born. The Akashic record readings will explain why your soul chose that time, place and family to be born in to.

What will a reading uncover?

It will uncover anything your soul is willing to allow to be uncovered and what your soul is ready to clear out. Nothing more and nothing less. If you aren’t ready for it, I won’t see it.

This is very empowering because it means you are ready to take the actions, but it’s really hard to know what actions to take when the karma you are repeating has been brought to you from past life, ancestral or familial origins. It’s like trying to see a Forrest through the trees. My reading will just point out the path, versus you trying to hack your way through the deep Forrest.

What will you get out of it?

As much as you choose to get out of it. Life is all about YOUR choices. No one can influence your karma but you. You can allow yourself to be a victim, but you can also choose to be the survivor. So it’s literally what you choose to do with what I tell you. But remember, I only see what you want to clear at your soul level. So it behooves you to really take to heart what is uncovered.

But, karma will keep repeating itself until you choose to take different action. You will eventually figure out the lesson, but it’s your choice to struggle to figure it out or take a class and learn effortlessly.

The choice is always yours.

Cheesecake for Your Soul
Powered by WordPress.com.